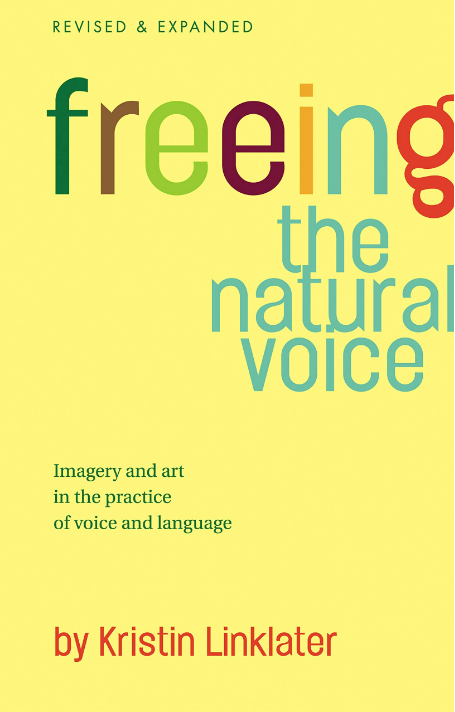 Imagery and Art in the Practice of Voice and Language.

// Knowing how to connect language with breath and voice is a golden key to hang on the chain of the actor’s craft!

Linklater’s groundbreaking original Freeing the Natural Voice sold more than 100,000 copies. Now, revised and greatly expanded this edition has been eagerly adopted by Linklater students, selling 30,000 copies to date. Emphasizing the use of imagery and imagination in developing the art of the voice, this book incorporates exercises developed over the past three decades that have stood the test of repetition, reliably producing results when practiced conscientiously and with understanding.

The logical progression of exercises is designed for professional actors, student actors, teachers of acting, teachers of voice and speech and anyone interested in vocal expression.

The emphasis of the work is on the removal of the physical and psychological blocks that inhibit the human vocal instrument and its objective is a voice in direct contact with emotional impulse, shaped by the intellect but not restricted by it.

This book presents a lucid and multi-leveled account of the human voice in the context of performance – expressive theatrical performance and the performance of everyday communication.